MILL TWP (WJER) (Jan. 13, 2021) – A stolen car led authorities to the suspect in a kidnapping and domestic violence case out of Uhrichsville.

Tuscarawas County Sheriff’s Detective Cole Morris spotted it Tuesday morning at a home in the 1800-block of Geottge Avenue outside New Philadelphia.

“I was aware of a ‘be on the lookout’ for that vehicle because of it being stolen that was released a few days prior, and I came across the vehicle. It was sitting at a residence that I was conducting surveillance on.

Morris says he was aware the suspect, 50-year-old Michael Derush, who had been known to frequent the home, had a warrant out for his arrest.

“I confirmed it was the vehicle, and then we made contact at the residence. The owner of the residence is the one that answered the door and I just asked him to have the suspect come outside. He cooperated and came right outside.”

Derush is being held in the county jail on a million-dollar bond. Uhrichsville Police Chief Vince Beal says the warrant he was arrested on stemmed from an incident at a West First Street residence Friday but was unable to share specifics. 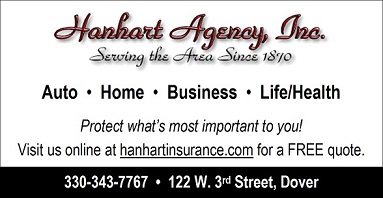